The next day we left Albany (read here about what we did there). However, before leaving, we visited the ANZAC memorial. ANZAC stands for the Australian and New Zealand Army Corps which dates back to World War I and is very much part of the Australian identity (especially the battle of Gallipoli).

Albany was an important port during WWI and many ANZAC soldiers left through it towards Europe. Besides a monument for the fallen soldiers, we visited the old defence guns and bunkers.

The next stop was happier and came in the form of a petting zoo. Hazel especially loved the Guinea pigs and the cockatoos seemed to love Kevin.

After a short visit of Two People Bay, we continued east towards Esperance. The straight road went on for kilometres trough farmland (mainly wheat) as far as the eye can see.

The wheat industry is a major economic factor for Western Australia and adds A$2-3 billion for the State economy each year. The about 4200 farms manage 4 to 5 million hectares (that’s about area of Switzerland – crazy).

As all this wheat made us tired we stopped at Hopetoun where we saw yet another beautiful sunset.

The next morning we continued our journey to Esperance where we stayed at Bathers Paradise Caravan Park. The park was a bit like Singapore – quite a few rules and ‘Don’t Signs’ but was sparkling clean and nice.

Esperance is a great town to explore the nearby Cape Le Grand National Park. We first visited the famous Lucky Bay – an absolutely stunning beach. We super loved the colours of the sky, the sea and the beach. As a bonus, there was even a kangaroo on the beach (which must be on hundreds of Instagram pictures).

Nearby Rossiter was also the visit. However, even more memorable were the two kangaroos who had a go at on the way back (groovy baby). Last beach of the day was Cape Le Grand Beach – astonishing colours again.

Besides the national park, the other attraction of Esperance is the Great Ocean Loop Drive. Again, we were very lucky and at the first beach stop Hazel spotted a school of Dolphins swimming closely by – what a sight.

We quickly drove to the next lookout where we caught up with them again and so ‘chased’ them along the coast (okay we lost them after the second stop). Besides the Dolphins we enjoyed the fantastic coastline.

Only disappointment was the pink lake which hadn’t been pink for years (due to change in the bacteria mix in the water). Don’t worry, we have seen another one by now.

Esperance was our last stop at the fantastic south coast of Western Australia. Next, we were heading north where things got hot and dry.

We stayed at Bathers Paradise Caravan Park in Esperance and had quite good fish and chips at Castletown Fish & Chips. 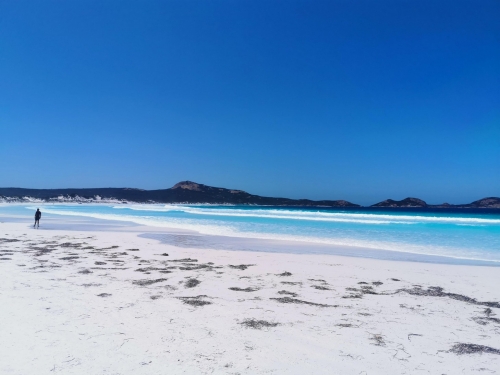 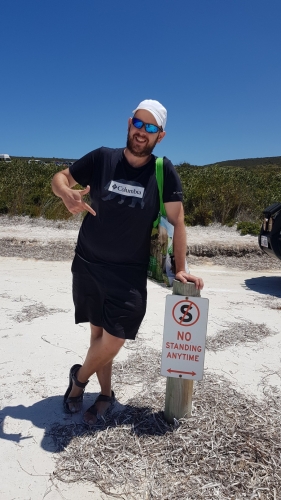 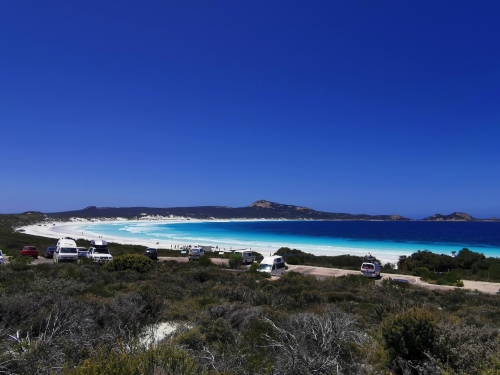 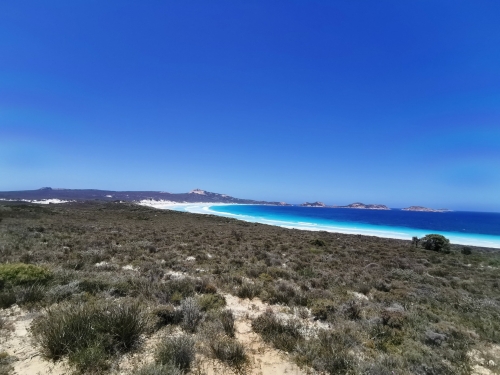 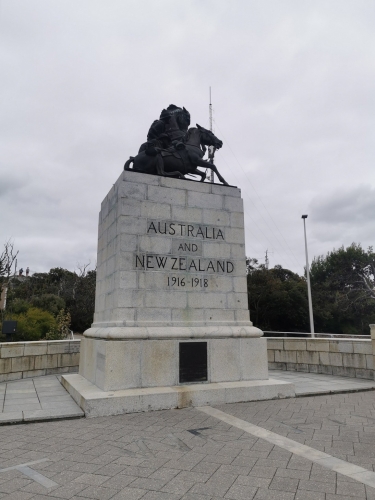 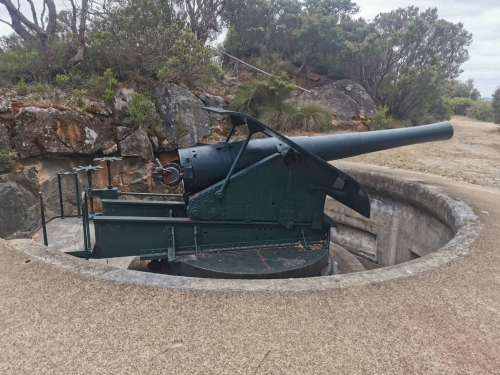 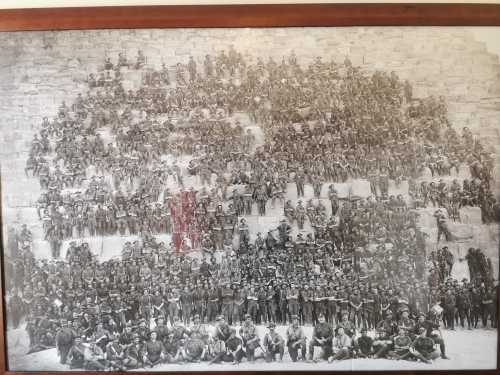 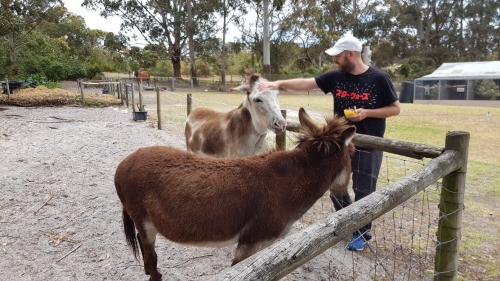 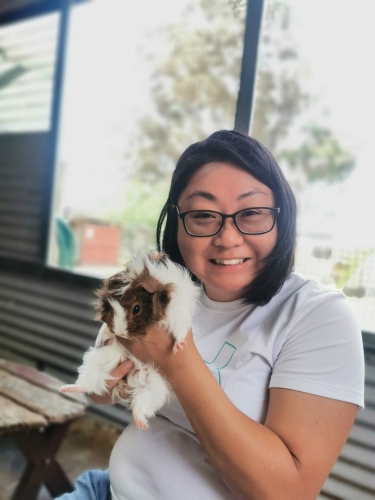 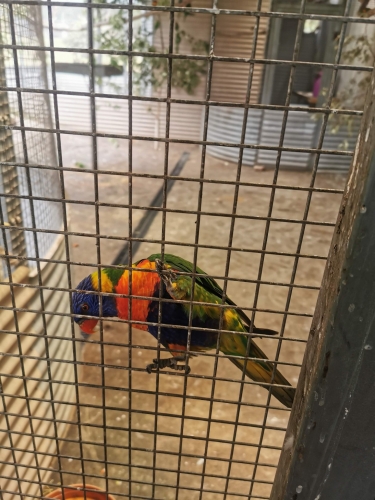 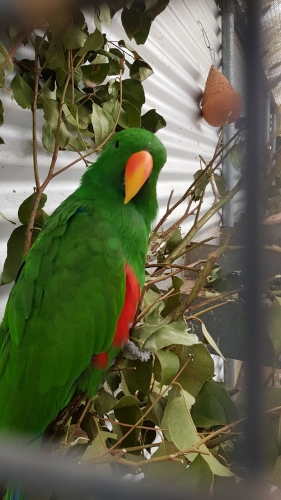 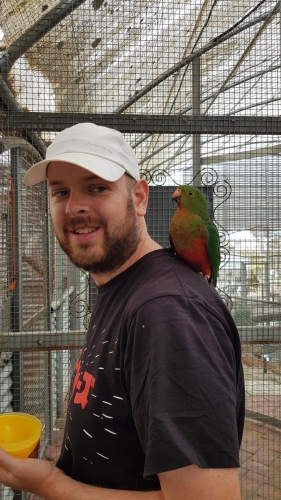 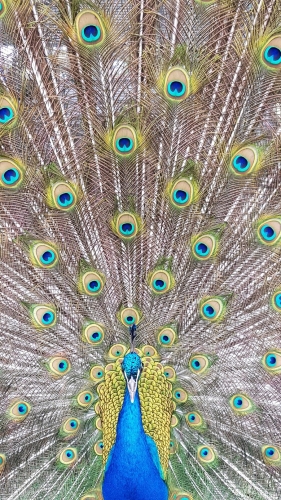 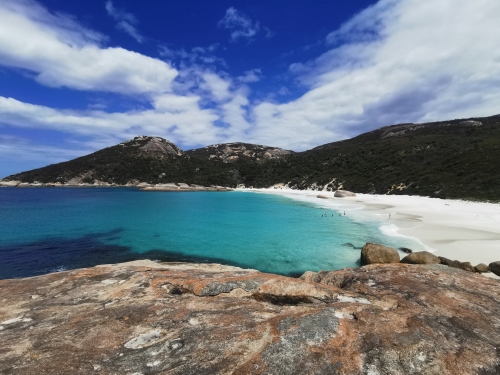 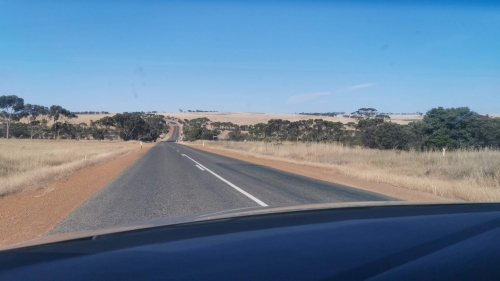 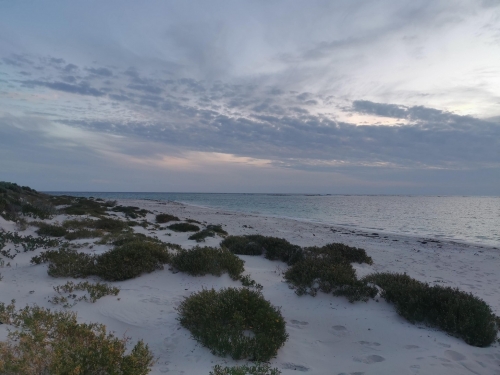 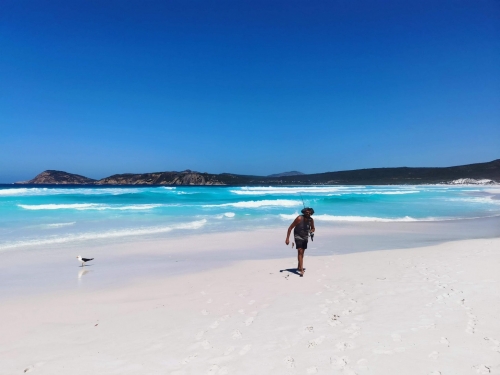 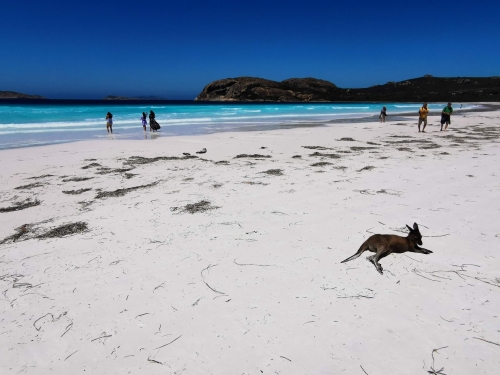 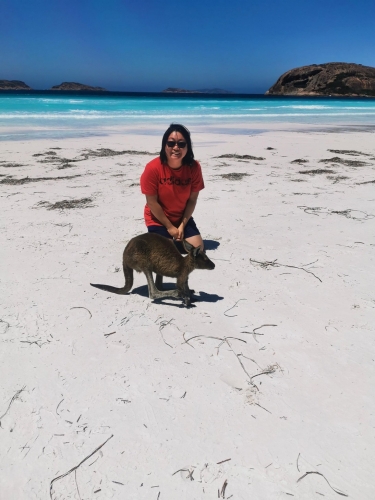 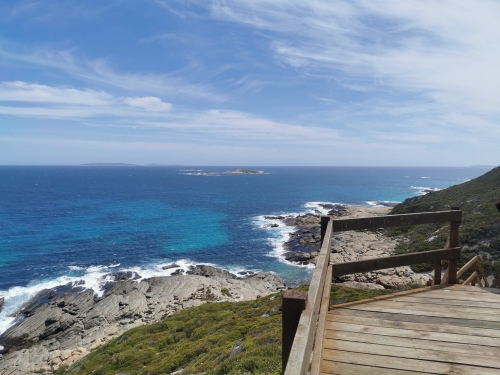 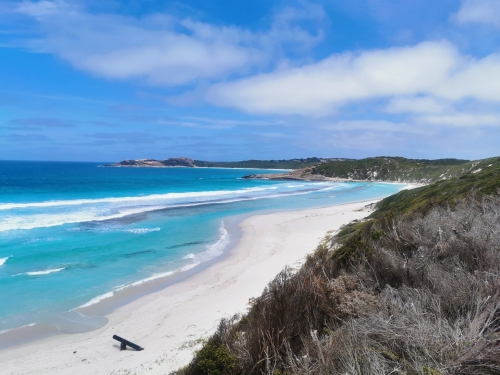 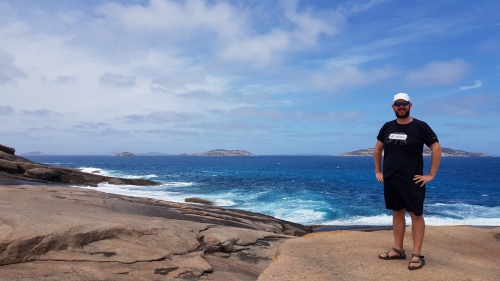 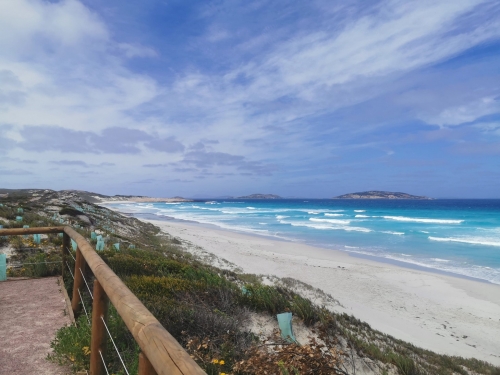 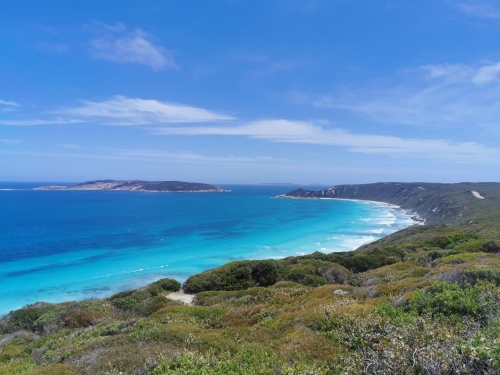 Beautiful Colours at the Great Loop

Beautiful Colours at the Great Loop 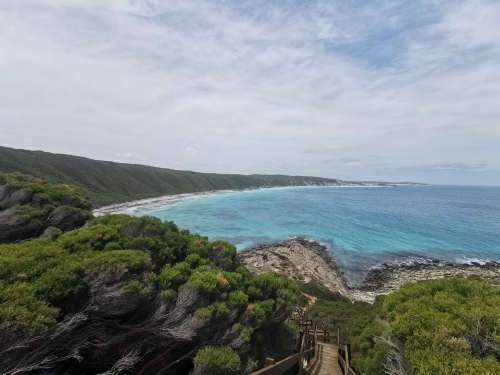 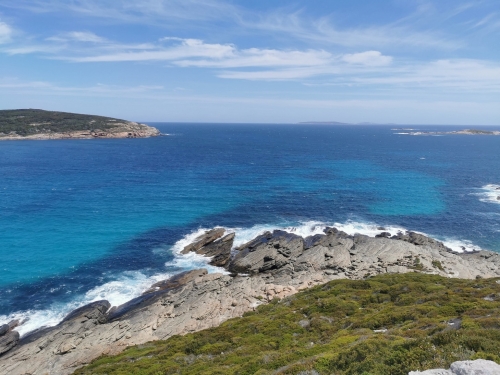