After exploring the Plain of Jars we were bound to Vang Vieng and Vientiane.

Another six hours minibus journey brought us to Vang Vieng. This time we didn’t have a flat tire but a very rude Chinese Lady on board which annoyed all other passengers with her behaviour (enough shaming for now). Nevertheless we made it.

For those of you who have been around the block for sometime might remember Vang Vieng as hippy/backpacker paradise. However this has changed quite bit and most of the infamous bars along the river have been shut down (you can find a good article about it here). You can still grab a tube a float down the river but you won’t be spaced out anymore.

The town clearly tries to position itself more as an outdoor/adventure hub of Laos. We were not sure how successful this strategy has been so far. The main stretch of the town is still a rather random mix of guesthouses, small restaurant and tour operators with not much of a concept.

However once you grab a bicycle or bike and leave the town you won’t be disappointed. Five minutes out you will mainly see rice paddies and the limestone mountain scenery is as gorgeous as ever.

We have to admit that our three days in Vang Vieng where of a rather lazy nature. We either relaxed, went for a swim, eat or slept (yes it’s a tough life).

The one sight we visited was the blue lagoon – which is actually just a stream and not particular blue either. The cycle there was already half the reward (the other half being the refreshing swim) as we past picturesque rice paddies.

In addition we had the opportunity to distribute some stationary which we brought along to local school kids.

Our next and already last stop in Laos was Vientiane about four hours south of Vang Vieng.

As a backpacker one is used to being dropped off at some random corner and walk the last kilometre to the guesthouse (or get ripped off by a tuk-tuk driver). It’s always a great workout.

Vientiane is probably Asia’s most low key capital. Bordering Thailand it’s quite laid back and has not too many sights (besides the usual temples).

Again we made good use of the hotel pool and mainly spent our time reading, relaxing and washing our clothes. Here again the clothesline from our Australia trip seven years ago came in very handy.

One rather unusual attraction we visited is Patuxay Parc which its arc modelled after the one in Paris. It was finished in 1968 with concrete intended for the local airport and is therefore sometimes called the vertical landing strip. In any case it’s quite nice at sunset.

You might (or might not) remember that we initially planned to head further south after Vientiane. Unfortunately due to very bad flooding in the south this became impractical and so we decided to go give it a miss (a good reason to come back to Laos in the future).

Laos we still Love you

This already brought us to the end of our two weeks plus in Laos. It’s still a very laid back country with a lot of friendly people, amazing scenery and beautiful temples. Luang Prabang is as beautiful as ever and the two days on the Mekong where a fantastic experience. Kong and his tour through the Plain of Jars were another highlight.

It remains to be seen how the ever growing Chinese influence will affect and change Laos in the future. But we definitely noted that the country seems to be better off than a few years ago (i.e. infrastructure such as electricity, etc.) which is great.

The next big project for Laos is a train connection from Vientiane to Kunming in China cutting down the travelling time from two days to ten hours.

We are saying good bye Laos for now as we are heading to Bangkok for a few days.

In Vang Vieng we stayed at the Simon Riverside Hotel which was good value for money and had a nice pool. In Vientiane we stayed at the Mali Namphu Boutique Hotel – it was okay but we are sure you can find betters at the same price.

Foodwise Vang Vieng didn’t have anything worthwhile mentioning (or we just didn’t find it). In Vientiane the food court at the night market (next to the river) was nice.

Also try the Vietnamese Spring Rolls with a twist at Nem Nueng.

In terms of transport both places are well connected by bus and minibus. Vientiane has an international airport (mainly connecting to Thailand, China as well as to domestic destinations). 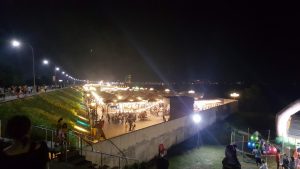 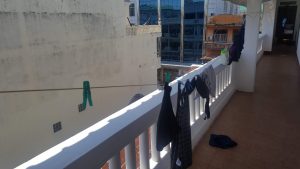 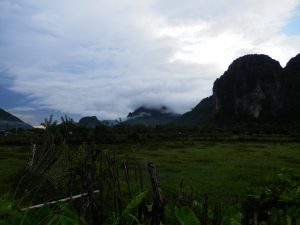 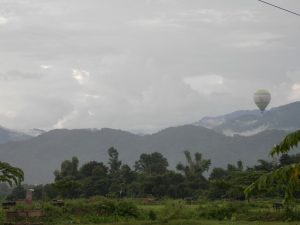 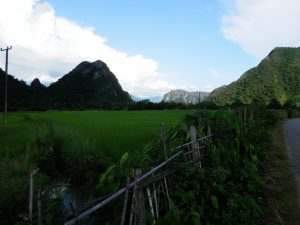 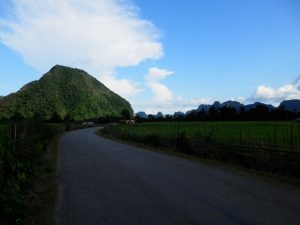 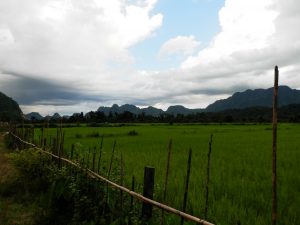 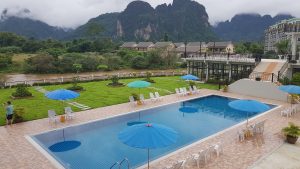 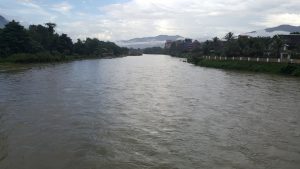 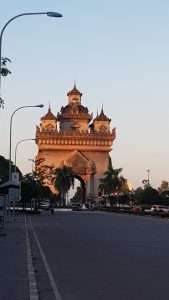 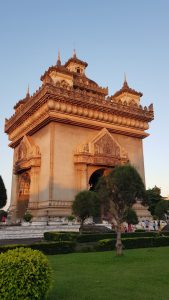 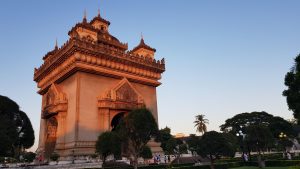 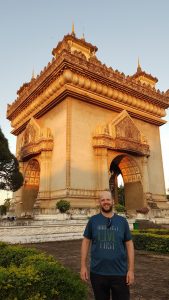 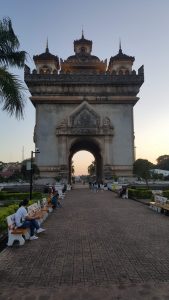 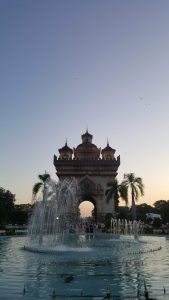 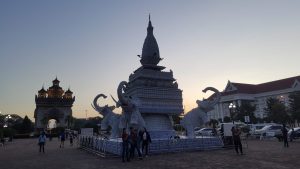 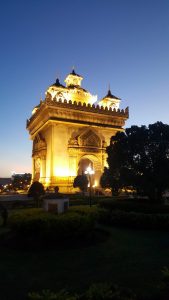 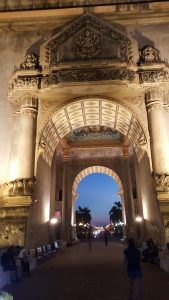 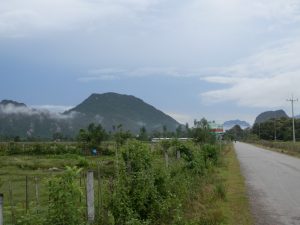 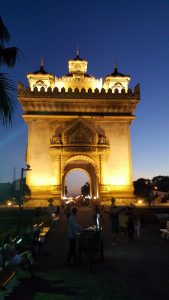 Slow Boat down the Mekong