After coming back from Ireland and before heading to Salzburg we wanted to go to the mountains again.

What could be more Swiss than the Gotthardpass which connects the German with the Italian speaking part. As walking up would have not been appreciated by Hazel we decided to hike down from the pass to Andermatt (see here for details and map).

After a good 3 hours of train and bus rides we arrived at 2’106 meters on top of the pass. Already the ride itself is worthwhile as it goes through a picture perfect landscape. Especially famous (at least for Swiss) is the loop around the Wassen Church. The ascend is so step that the train needs to go through several loops each offering a different view point of the church.

The Gotthard Mountain was always important as a trade route. First via the pass and then through tunnels. The first train tunnel opened already in 1882 and today with 57km the new tunnel is the longest in the world.

Another interesting piece around the pass is its crossing by General Suvarov in the 18th century while fighting the French. Even today there are a number of markers and even a monument honoring him.

In any case we enjoyed the spectacular hike down to Andermatt and surely felt our knees the next day.

Not much more to say – so just enjoy the pictures. 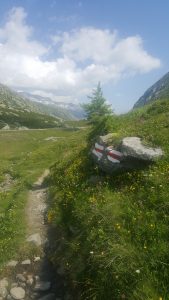 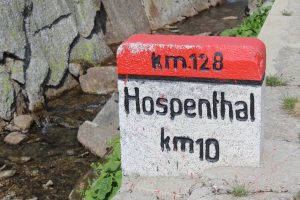 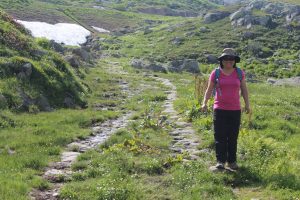 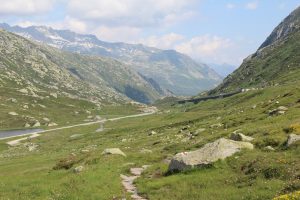 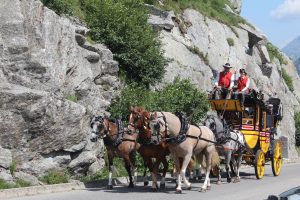 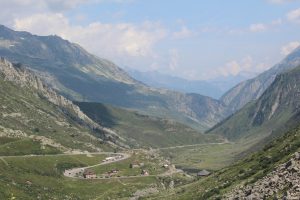 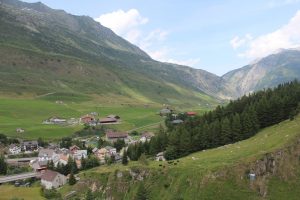 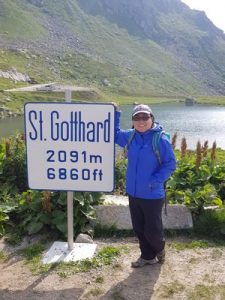 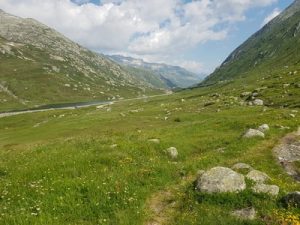 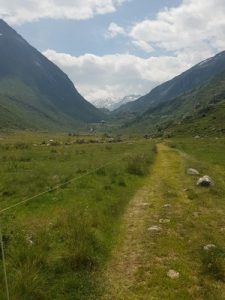 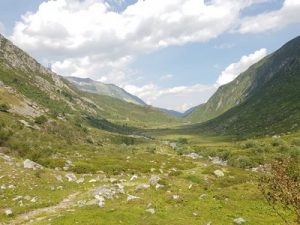 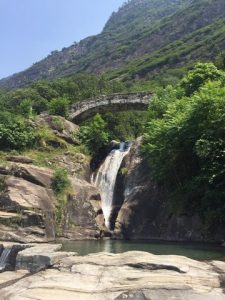