Today Hazel and I went on a day trip to the Demilitarized Zone between North and South Korea (DMZ). We had chosen USO as our tour operator as they are affiliated with the US Army and had a good reputation. It would turn out that it was indeed a good choice.

Our first stop was at the Third Infiltration Tunnel only about 70 km from downtown Seoul. This tunnel which runs from North Korea under the border to the South was discovered in 1978. Apparently the plan from the North was to use this tunnel to bring up to 30’000 soldiers per hour to the south. Upon its discovery the North claimed that it was just a coal mine shaft which was dug too far (they even painted the tunnel walls black). This is a bit of a joke as the whole area is made of granite rock. A quite steep 300 meter long access tunnel brought us 70 meters down where we could walk for about 500 meters into the tunnel which was full of old dynamites holes. We were glad that we had been issued helmets as the tunnel was low and we knocked our heads quite a few times against the ceiling.

The second stop of the day was the Dora Observatory which offered a nice view into North Korea – which as you might expect doesn’t look that much different to the South. From the platform we could also see the two villages within the DMZ. The one belonging to the South is home of a few farmers which are very rich as they don’t need to pay any taxes and own about ten times more land than the average South Korean farmer. The one on the north side of the border is known as propaganda village and its most remarkable sight is a 160 meter high flagpole (apparently the third tallest in the world) with a 300 kg flag on it. Initially, the flag poles on both sides were only 100 meters high but then the North decided that they need to show their supremacy to the imperialist South and built a higher flagpole.

On the viewing platform was a yellow line and you were only supposed to take pictures behind that line. As you can imagine the South Korean guard had a busy time shouting at tourists which didn’t care much about that line.

Afterwards our tour bus brought us to the Dorasan Train Station another rather grotesque sight. Next to the station, we saw a road sign saying 270 km to Pyongyang – North Korea’s capital. One could say this really is a road less traveled.

The very modern train station is basically set up to accommodate trains running to Pyongyang and beyond (in theory from Dorasan you could board a train and go all the way to London – the tracks are there). There are facilities ready for the border and custom checks but as you perhaps guessed there aren’t any trains running. The station is currently only used for trains going to the joint economic facility of Kesong some kilometers inside North Korea. The place was something between creepy and fascinating. Perhaps one day we will board a train there – that would be awesome.

After a nice lunch, we headed for the highlight of our tour – the Joint Security Area. This  area is basically were the North and South meet face to face and where all high level negotiations are held. Our bus stopped at Camp Bonifas where we were greeted by Sgt. Hubbart from the US Army (as the US Army is supporting the South Korean Army in maintaining stability on the peninsula). After some introduction and after signing a waiver which stated that we were about to enter a hostile area and might die (no joke) a bus brought us to the freedom house.

On the ten minute bus ride we could see the several layers of defense (i.e. electric fences, anti tank walls and mine fields) but also rice fields and forest. Ironically the DMZ is a paradise for animals as it is very untouched and so there are quite a few otherwise endangered species living there.

Once we arrived at the freedom house we had to line up in lines of two and were then brought into the so called blue house. This famous house is were the negotiations are held and were the border runs literally through the room. And so we could even step about two meters into North Korean territory and all this under the eyes of the South Korean Soldiers in their Taekwondo stand which apparently is too scare off the North Korean soldiers.

After a few minutes we were brought outside where we could take pictures of the buildings on North Korean side of the border (but not of the one on the South). As soon as we stepped out we saw a North Korean soldier taking up his binocular and “spying” on us. However, we were told that these days they prefer to stay mainly inside the building as their uniforms are designed for winter and are way too hot for summer.

Sgt. Hubbart told us another story to show how grotesque the whole place is. Besides the Blue House there is a second house which is called the Recreational House. However it doesn’t house a single piece of recreational equipment. In addition when talks are ongoing the North quite frequently places soldiers into the house who are famous for making obscene gestures at the delegates from the South through the windows. In honor of this the South named the house “Monkey House”.

As you can imagine there are once in a while some minor incidents given the tension. We were told that just a few weeks earlier NK Soldiers kept trowing stones at a South Korean outpost. The South Korean soldiers which are apparently very used to that didn’t bother to react for the first hour or so but eventually got fed up and threw a hand grenade back.

One last crazy fact about the JSA is that there is a single hole par 3 golf course although you are not allowed to pick up balls from the rough as it is in a mine field. Sports Illustrated gave it the infamous honor of being the world’s most dangerous golf course.

All in all it was an extremely interesting day trip to a often utterly unreal but creepy place with a lot of history. Let’s hope that this border will disappear one day.

Once back in downtown Seoul we strolled along Cheonggyecheon stream which runs through Seoul and has a very lively atmosphere in the evening. 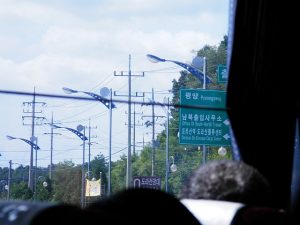 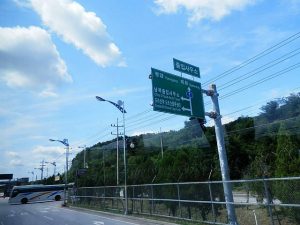 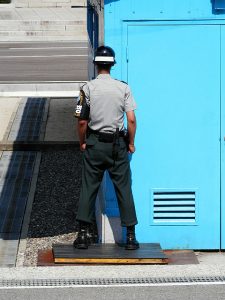 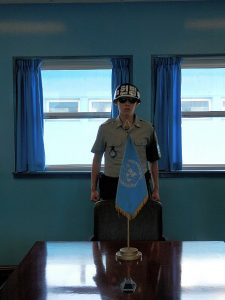 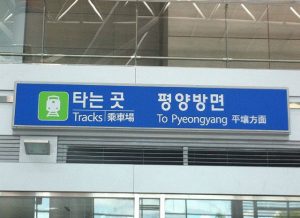 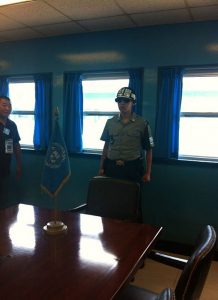 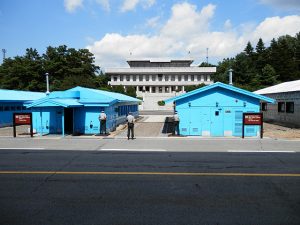 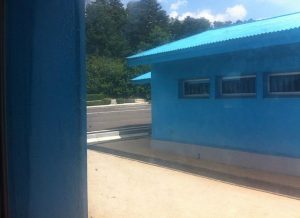 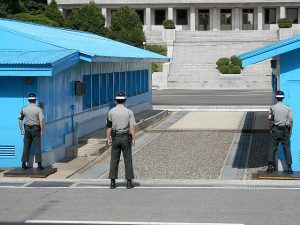 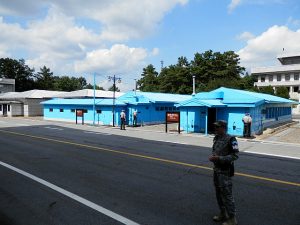 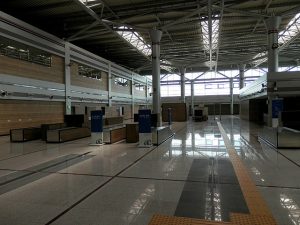 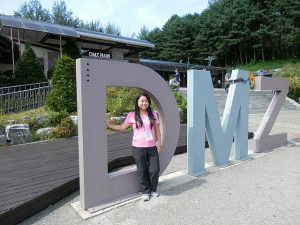 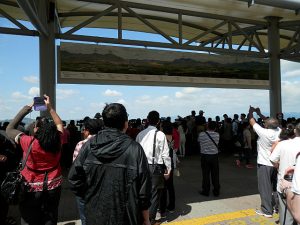 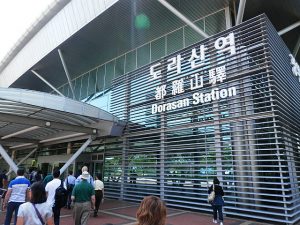 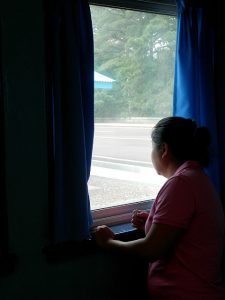 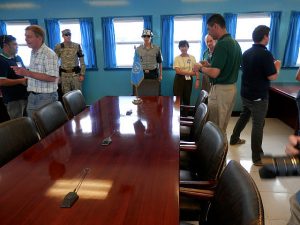 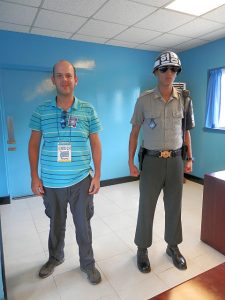 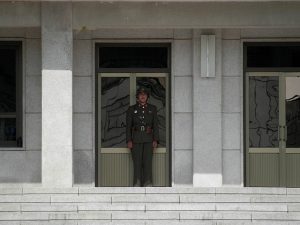 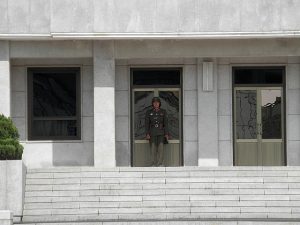 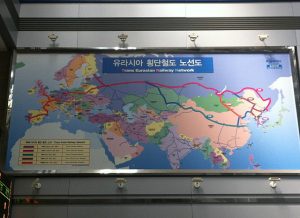 Ireland – Best of the Rest