Another seven or so hour bus ride along the modern Chinese highways brought us to the huge city of Wuhan (about 10 million inhabitants – crazy, right) where we stayed for two nights.

During the days Wuhan was like in an oven – the thermometer hit 38 degrees which slowed down our activity level quite considerably. As Wuhan is more of a commercial rather than tourist center we spent a lazy day with a bit of shopping and eating very spicy hot pot (and as you know it always at least burns twice).

We continued our journey with a two hour train ride to Yichang at the mighty Yangtze river. The river with its 6400 km is the third longest in the world. Our initial plan was to take a cruise from Yichang to Wuhan like Kevin had done about eight years earlier. However this seemed to be more tricky than we thought. We had a look at a few agencies but they only sold the expensive western style cruises rather than the local cruises we wanted to take. After half a day of walking around for the tickets in the super hot weather we were both a bit tired and fed up of cruising and decided to find an alternative program instead.

So the next day – after changing accommodation to a hotel with working air-conditioning – we wanted to see the nearby Three Gorges Dam. The huge dam which is the subject of a lot of controversy as it raised the water level substantially which made the Chinese government to relocated thousands of peoples to other cities.

After two public bus rides we joined a “private tour” which consisted of a car ride to the dam where we took a few pictures. To be honest there isn’t just that much too see – especially when the locks of the dam are closed.

The second part of our tour consisted of a boat ride back to Yichang – some cruising after all. The ride took about three and a half hours and gave us a good impression of the Yangtze. For the first hour or so there were only a handful of tourists besides us on the boat. This for sure changed after the first and second stops where the boat got fuller and fuller and the poor boat attendant was shouting at the passengers to behave and sit down (a very elusive quest). It was kind of a circus with kids running around, people screaming and taking pictures all at the same time – in short a typical Chinese sightseeing day.

Like few times before Kevin had been asked by a random stranger if he might be in a picture with him (the same happened to him with a group of ten girls on the Huang Shan mountains). Feeling like a celebrity Kevin could never turn down such a request and for sure his ego felt a huge boost (and now he even things that people might take him for Bruce Willis… or so).

After a mid-nightly room-change due to a broken air-condition we slept till almost noon and decided to have an easy going day (it was still very hot). Later in the afternoon we wanted to get our train tickets for the next day and thought to take a short bus ride to the in-town train station. The moment the bus left (with us on board) Kevin spotted a train ticket agency (this would become handy in just about a minute).

The train station was on top of a small hill (much to the disliking of Hazel) and once up we realized that this station was closed (probably for quite some time given the state of the station) and so we had to walk back to the ticket agency where we got our tickets without any problems. You might call it Murphy’s law – we call it a good travel tale. A nice dinner compensated for the hassle.

he next evening we boarded our train to Chengdu where we would arrive about 15 hours later. The ride in our 6 berth hard-sleeper compartment was quite okay and uneventful. 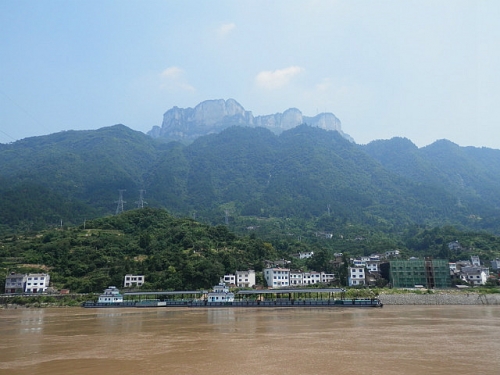 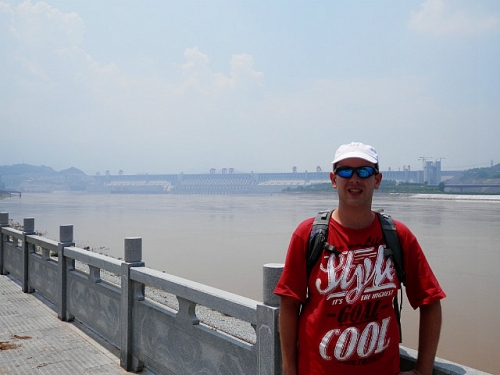 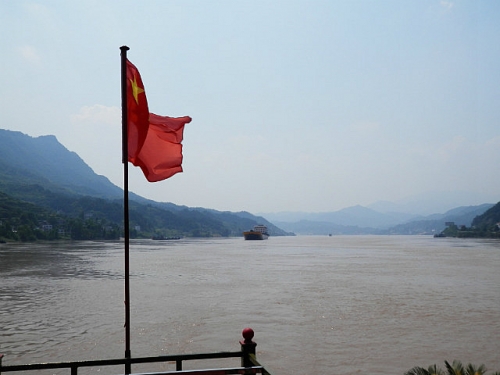 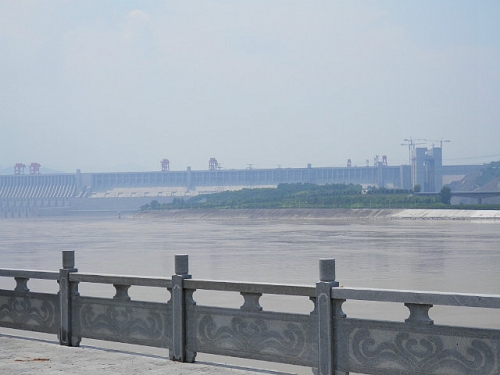 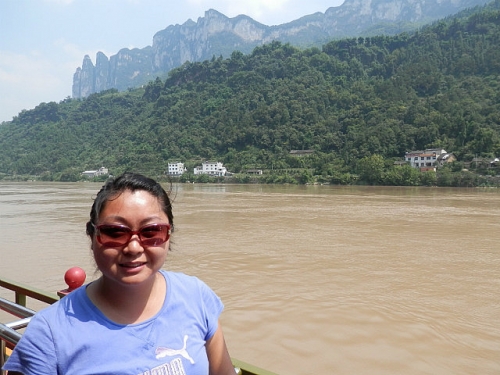 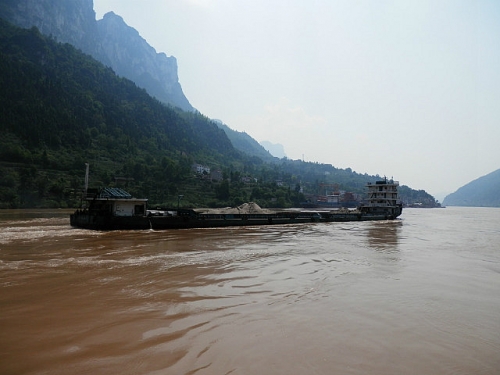 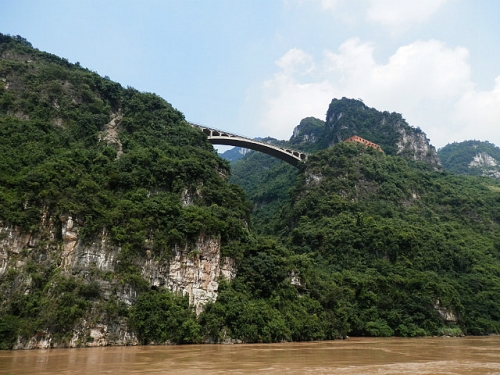 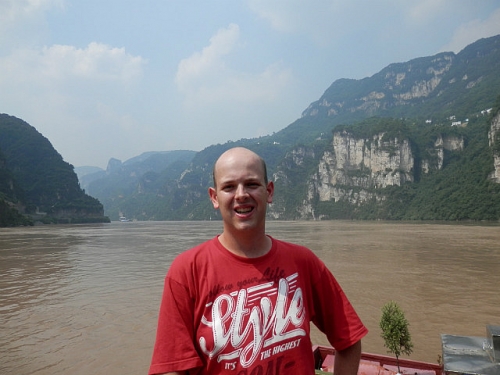 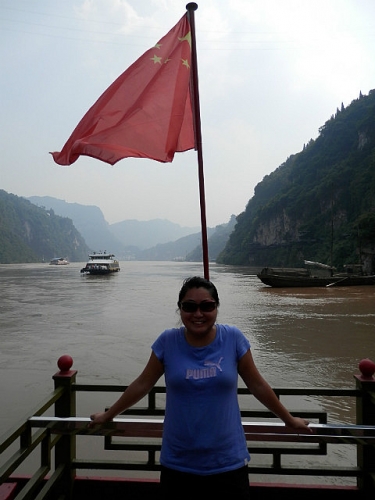 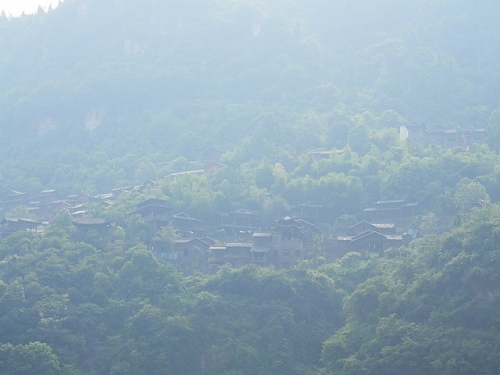 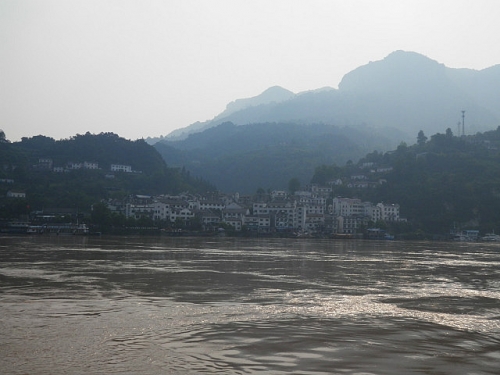 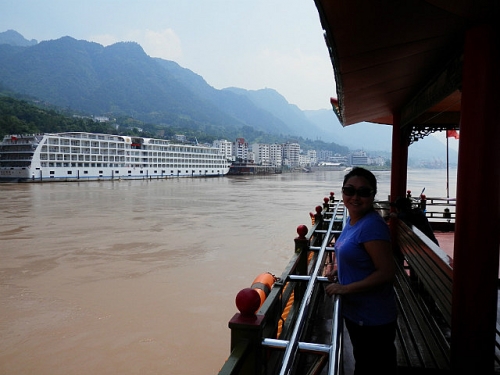 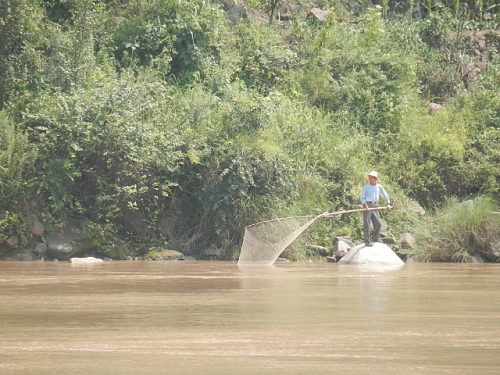 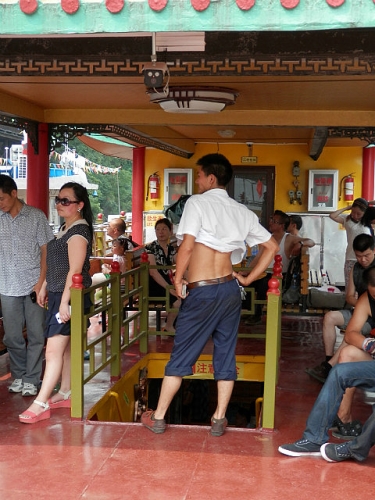 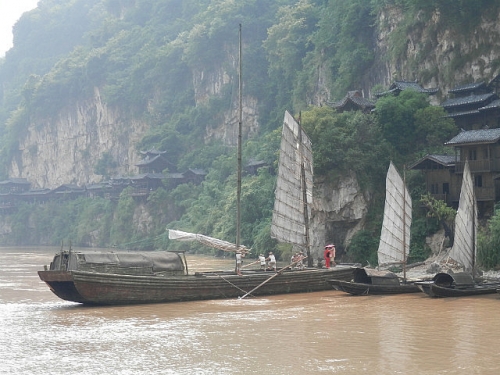 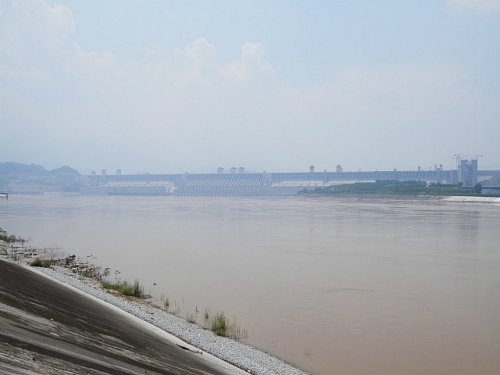