We left El Nido by mini-van which was slightly more expensive than the big Roro-bus we had taken to get to El Nido but was also about twice as fast. About five hours later we arrived in the little town of Sabang.

Besides two luxury hotels there were plenty of simple bamboo huts along the lovely beach and so we settled for the night. The town only had electricity from 6 to 11 pm but provides a lot of mosquitoes 24/7 (and they are even free). For some unknown reason they also seamed to like Hazel much more than Kevin and so in now time she was quite badly attacked.

The next morning we decided that we needed and a hut with a mosquito net and therefore moved to Mary’s Cottages which was just in a quiet spot at the end of the beach. It was like our little piece of paradise.

Thursday and Friday we spent relaxing, reading and hiding from the afternoon showers – once more life was quite perfect for us.

On Saturday morning it was finally our turn to visit the Underground River – one of the New Seven Natural Wonders of the World (in the meantime we found out that this is based on some kind of online voting). A boat brought us the five kilometers to the entrance of the river where we picked up some “Bob-The-Builder-Helmets”. Afterwards a small boat brought us upstream into the cave where the river flows through.

The whole cave is more than five kilometers long but only the first kilometer is open for tourists. It was really an astonishing sight (but hard to capture on pictures). Some parts of the cave were huge (we guess more than 30 meters in height) and for sure we saw a lot of stalactites and stalagmites (we leave it to you to google which one is which ;)). With a bit of fantasy and the inputs of the guide one also could “see” a lot of animals and figures carved out of stone. Really impressive were also markings left by explorers in the 1930s (one would have thought these markings were all but gone due to erosion but they were still clearly visible). There were also a lot of bats and swallows inside the cave (and also their poop). All in all really a very unique experience – absolutely recommendable!

Later in the day we were heading back to Puerto Princesa where we stayed one more night before heading to Luzon. 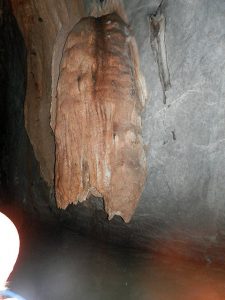 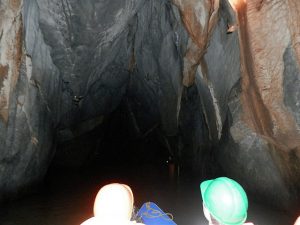 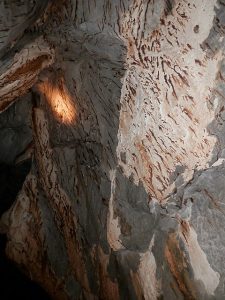 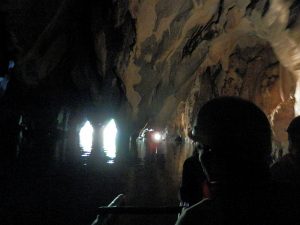 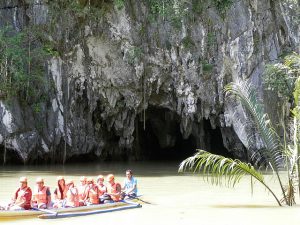 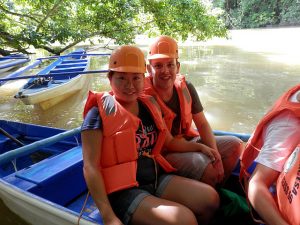 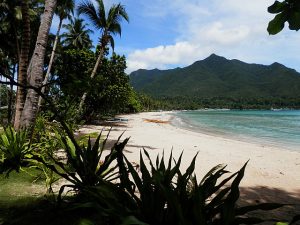 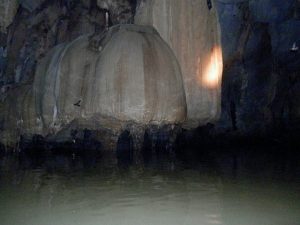 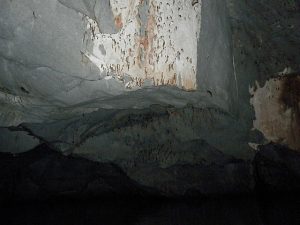 The South (of the West)

About Packing and Fishing