After an uneventful flight from Auckland via Brisbane to Denpasar, we were back in Asia – in Bali to be more specific. Indonesia’s most popular island was our starting point for our four weeks trip through this interesting country. The rough idea is to spend about a week in Bali and then slowly make our way through Java to Jakarta.

One should think we would have been used to hot and humid weather from our time in Singapore. However the weather hit us pretty hard and we didn’t remember Bali as that hot (and even more humid as good old Singapore) – but we are in no position to complain (a cold Bintang will help to keep us going).

We had booked a room in a villa about 15 min from Seminyak. For 35 USD a night we got a room with a rice paddy view, a nice pool and some very cute puppies to play with. Only point to complain about was the very low entrance to the room against which Kevin frequently knocked his head (but then in German there is a saying that light knocks against your head are increasing your brain capacity…).

After a nap to get rid of the jetlag we took a cab to Sunset beach for dinner. From a food point of view it was definitely very nice to be back in Asia (nothing against Burger, fish and chips, toasts and pasta but after four months we were ready for something else). The cheap and good food as well as the sea breeze marked the end of a nice first day back in Asia. Yeah!

The next day we headed for Seminyak where we had high tea in a nicely decorated restaurant called Biku which we only can recommend. Afterwards we took a taxi to Kuta which is the Ballermann of Bali. One hotel after the other and heaps of Australian tourists looking for cheap beer and t-shirts. Actually the place was not that bad as it was low season and the we knew what we were up. We enjoyed a stroll along the beach (the sand is rather black due to the volcanic rock) and a good dinner at Warung Made.

The next day we were up for some action. Hazel persuaded chicken-Kev to do some river rafting (which he agreed upon after a lot of complaining). After an hour of transfer we arrived at the river for our 12 kilometer long rafting experience. The rafting company was good, the instructors well educated and the equipment was neat and so even Kevin enjoyed the two hours of good fun. We only pity the small Japanese girl onto which Kevin felt when the raft hit a rock (we won’t mention that he also semi-exposed his white backside to her at the same time).

After so much action we pampered ourselves with a foot massage and a pedicure (no colors for Kevin) in Kuta. Dinner was at a small roadside restaurant which offered nice local food.

Next day we moved on to Ubud which was about an hour away from Seminyak. We stayed two days in the Oka Kartini Bungalows. As in many other places in Bali for about 25 USD you get a fairly clean double room with A/C, hot water and a pool – not bad, right?

Again Ubud is on the rather touristy side but as it was low season it didn’t feel that bad. Furthermore after 15 min of walking we left the main street with its restaurants and T-shirt shops behind and followed a small path along the numerous rice paddies. We were in a different world.

If one picture symbolizes South-East-Asia then it’s the one of the green rice paddies with their complex irrigation systems. Speaking of irrigation – after about half an hour of walking, it started to rain. As so often in Asia, the rain came in buckets and we ran for shelter. After about an hour the rain-softened and we made our way to our hotel and later enjoyed a crispy duck Balinese style for dinner (which we thought was more skin and bones than anything else).

After a good nights sleep, a nice breakfast and a chit chat with the lady who owned the hotel we made our way to the Monkey Forest, which is a series of temples in a small forest. As the name strongly hints there was some serious monkey business going on. Dozens of these mischievous creatures roamed the place and were happily fed by tourists and local guides. Compared to the much more aggressive monkeys of Uluwatu these ones were rather tame and didn’t grab sunglasses and hats.

In contrast to the rest of Indonesia, Bali is predominantly Hindu and so the temples we visited showed an abundance of Hindu Gods (such as monkeys, snakes and elephants). Similar temples can be found in any village on the island and Hinduism definitely plays a central role in people’s lives.

In the evening we attended a Kecak Dance performance. This traditional Balinese Dance doesn’t have any instruments but about sixty singers who mainly sing “tschagga” thousands of times. Have a look at this video to get the idea (the video is not from us but the performance was the same). Normally we are not too fond of too “touristy” things but this performance was really fantastic and quite unique. Worthwhile to see if you ever have the chance.

The next day our bus brought us through the central mountains of the island to the north coast where we planned to stay three nights in Lovina. This place is quite the opposite of busy Kuta. Yes, it has quite a few hostels and probably sees its fair share of tourists during high season but as we arrived in low season there were almost no fellow tourists and the whole place was very laid back.

Besides reading, eating and sleeping (our favourite big 3s ;)) the “big thing’ in Lovina is dolphin watching and for sure every tout and shop in the town tried to sell this to us. A smile and a no thank you however always does the trick. We booked the tour in the end in our hotel for 6 USD per person but were unlucky and didn’t spot any dolphins (but got quite wet as the boat was only the size of a nutshell).

Speaking of touts – it is always astonishing how sophisticated their stories and selling techniques are (which remains Kevin of a few tailor-made shirts from Thailand which he never wanted to buy – but this is a story for another day).

So Kevin was strolling to the local market of Lovina to get some yummy bananas (you get about 10 small ones for less than 1 USD) where a guy approached him and asked him where he came from. After replying “Switzerland” the tout immediately spoke some words in German and proudly explained that Switzerland has four official languages. In addition, by coincident his cousin is married to a Swiss girl and is living in St. Gallen (which funnily is a less known medium-sized Swiss city which makes the whole story quite believable). For sure he also had some nice necklaces (or Halsketten as he correctly named them in German) he likes to show.

He wasn’t too pushy and left with a smile after Kevin declined politely. Interestingly five minutes later Kevin met another tout with a relative in St. Gallen – there must be a Balinese colony over there ;). A good story nevertheless. 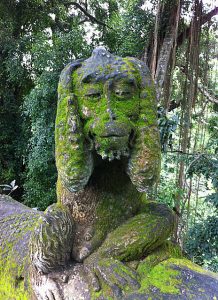 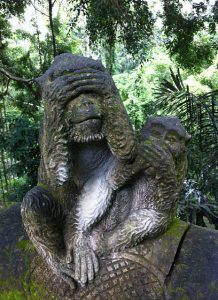 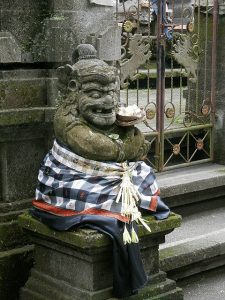 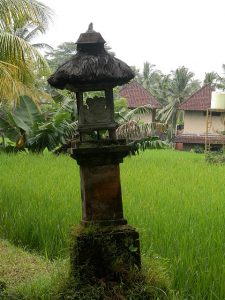 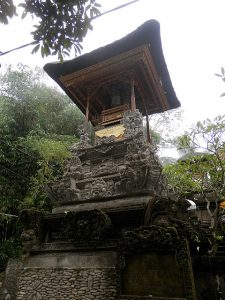 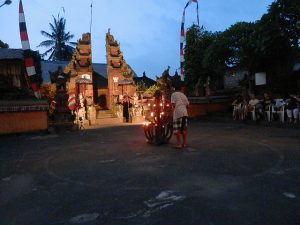 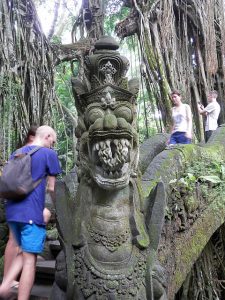 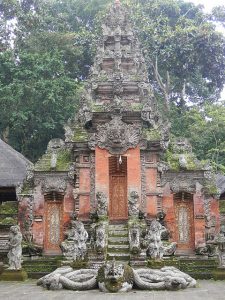 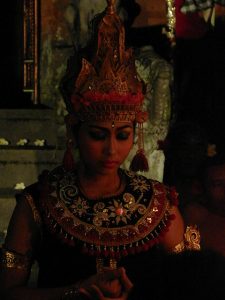 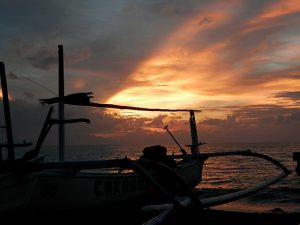 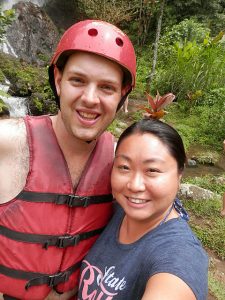 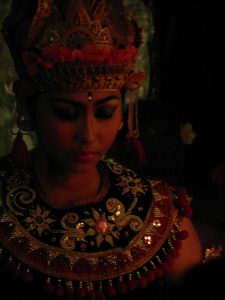 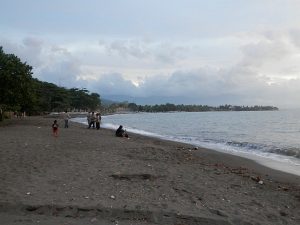 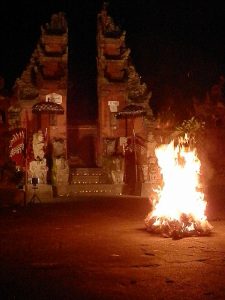 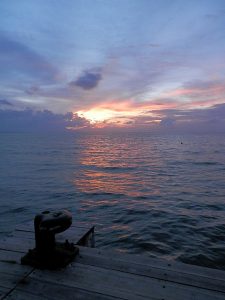 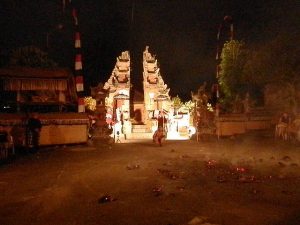 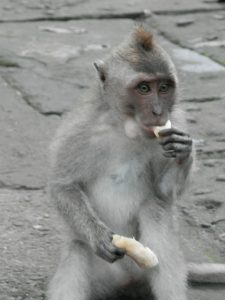 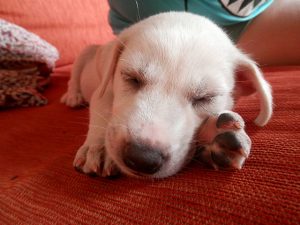 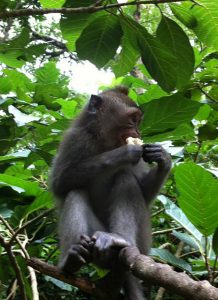 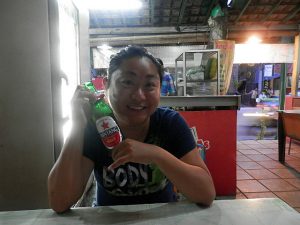 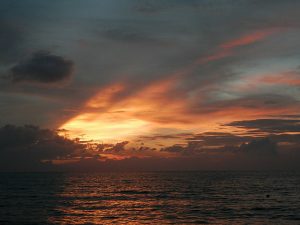 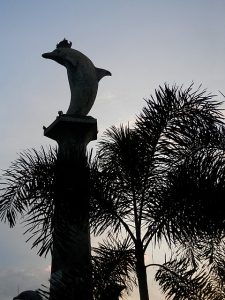 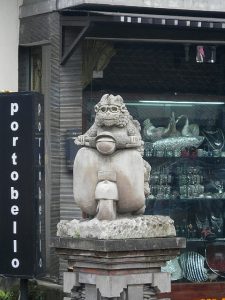 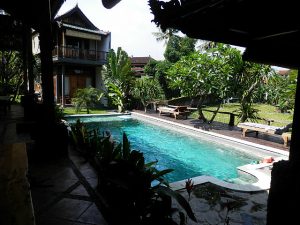 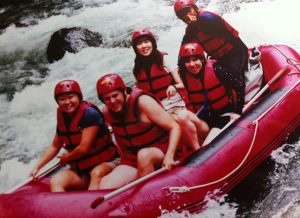 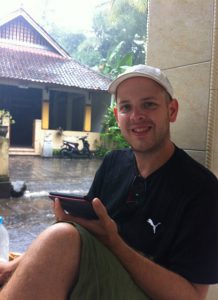 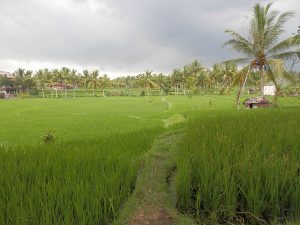 All Ends in Bangkok