A fifty-kilometre drive brought us from the campground to Rotorua the tourist capital of the North Island. First we had a look at the local market which was set in the middle of more steaming and stinky holes. Afterwards, we walked along Sulfur Bay for more thermal sightseeing (there was a brown, stinky pool with the nice name of Coffee Pot which was apparently used as a SPA in the old times).

As it was quite warm we were happy to spend the afternoon in the Red Woods Forest with its gigantic trees. A short but steep hike to the local lookout (which was as it turned out not much of a lookout after all) made Hazel complaining about Kevin’s obsession (so she calls it) of hiking uphill to lookouts and “wasting” energy which could be spend for other things. Anyway, we made it up and down in one piece.

Later on Hazel went for a few luge rides which she missed in Queenstown due to bad weather. Kevin was less keen on it (okay, he basically chickened out…) and so he stayed behind and did some reading.

We pitched our tent at Omokoroa Beach where we had a night bath in the hot pools of the holiday park – what else can a traveller ask for.

The next day we did a mix of activities. First, we drove to Karangahake Gorge (what a name) for some walking. The gorge was used as a gold and silver mine around 1900 and there are a lot of buildings and mining tunnels still around from this era. We also walked through some of the dark mine shafts and even passed a one kilometre long former mining-train tunnel (not so much to the liking of Hazel).

By chance, we saw a petting farm nearby which we thought would be a nice relaxing activity for the rest of the afternoon. It was one of these fantastic low tech experiences which made you feel like a kid again (you not even needed an app to be able to enjoy it ;). The family-run farm had donkeys, lamas, alpacas, miniature horses and many more animals to pet. No question though that the absolute stars were the shiz tsu puppies.

A few kilometers up north we pitched our tent at a rather average campground in Tairua. We liked the fact that the owner advertised free WiFi from 9 to 5 which was basically the opening times of the nearby library.

The next day we started with Hot Water Beach where you can dig your own hot pool at the beach. Unfortunately this only works at low tide which was either eight in the morning or eight in the afternoon and so we were just admiring the beach rather than digging out holes.

Next on the program was Cathedral Cove which were reached by a 45 minutes walk from the car park. During millions of years the water formed a tunnel into the rock which is now one of the top photo spots in New Zealand.

More driving on winding roads brought us to Miranda Springs which had another nice campground with a hot water pool where we could pamper ourselves. You see we kind of liked the hot water pools a lot. 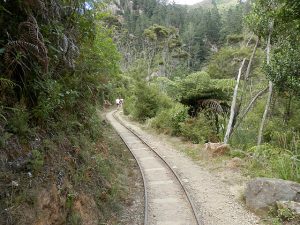 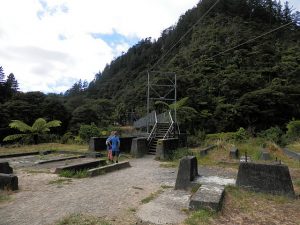 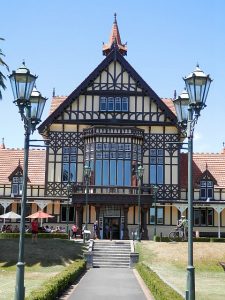 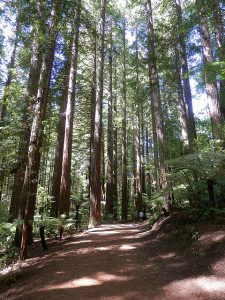 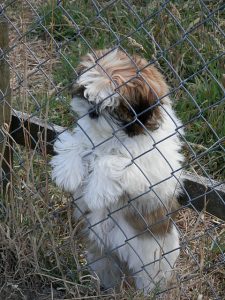 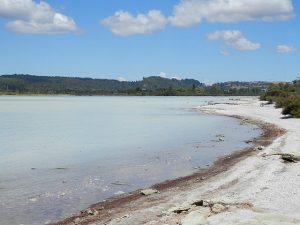 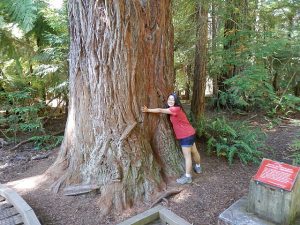 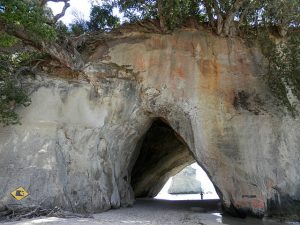 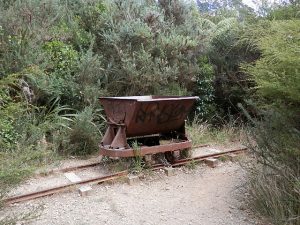 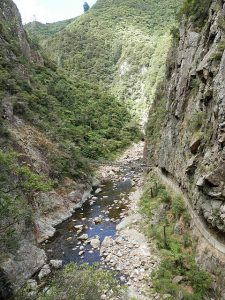 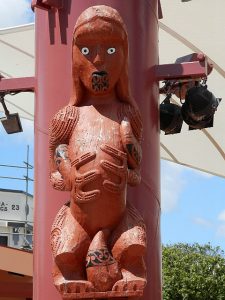 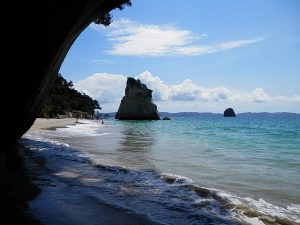 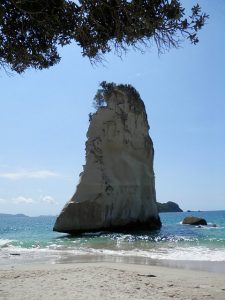 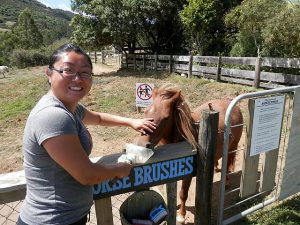 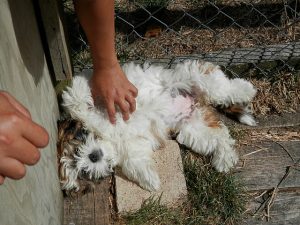 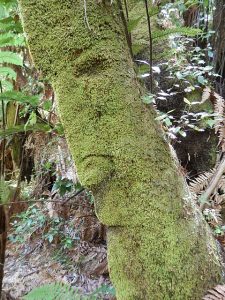 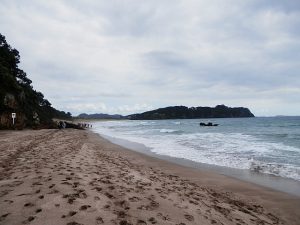 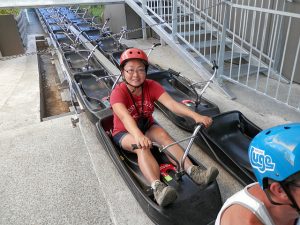 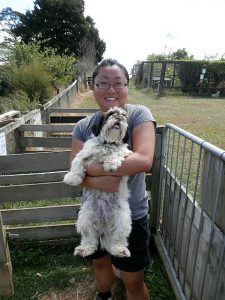