Soon after leaving Hippi Town of Nimbin we crossed the state border to Queensland, the last state on our Australia tour.

First stop of the day was the Natural Bridge at Springbrook National Park. Through million of years of erosion a natural bridge and cave pool was formed which is the habitat of glow worms (which we couldn’t see as we went during the day).

Later on we continued to yet another part of the national park which offered a multitude of waterfalls and lookouts. Due to the dryness most of the waterfalls were only running at half steam and the twin falls were actually only a single fall. Our favorite spot though was the “Best of all Lookouts” and the view was really superb.

Afterward we drove on for another 30 kilometers till Benowa a suburb of Surfers Paradise where we would stay with Greg and Chika, two friends of Hazel, for the next week. It would turn out to be a fantastic week at a fantastic place! Thanks again to our generous hosts.

After a splendid home cooked dinner by Chika, Greg showed us around Surfers Paradise. Due to a friend of his we even got a night view of the city from a skyscraper. A first very good impression of Surfers Paradise.

Surfers Paradise which is part of the Gold Coast is basically two streets of skyscrapers (of which probably 90% are holiday apartments) smack at a fantastic beach which is probably more than 30 kilometers long. It’s also one of Australia’s prime tourist destinations during the Christmas holidays (for Australian’s and foreigner’s alike). Initially the town was called Elston and Surfers Paradise was only the name of a local hotel but in the 1930s they renamed the whole city after it. We think already the name is fantastic – Surfers Paradise  sounds like beaches, fun, trained surfers and girls in bikinis. We can only say first class marketing. The whole area around Surfers (as the local call it) and Gold Coast is super relaxed. All in all a fantastic place to be!

The next day was devoted to a long sleep and a look around Surfers. It was really cool to swim in the sea and having the high rise buildings as backdrop. Although if we say swimming we basically mean “being tumbled around like in a washing machine” as the waves were rather heavy. As on all beaches you are only supposed to swim between the flags which mark the presence of lifeguards. And we can say these guys and girls are trained. We saw a life guard (or surf life swimmer as they are called in Australia) paddling out to rescue a surfer – it took him a few strokes and he was 50 Meters out in the water. Quite impressive.

The next day we visited Byron Bay about 100 km south of Surfers. A slow coastal road brought us through small towns with names like Miami Beach and while listening to the Beach Boys we enjoyed the scenery.

The main attraction of Byron Bay was the lighthouse on top of a hill. From there we had a fantastic view across two beaches. Even better, we saw dolphins, manta rays, sharks and turtles swimming by which was really amazing. The water was crystal blue even for Australian standards. A interesting tour through the lighthouse ended our day in Byron. On the way back we stopped at Burleigh Heads where its lookout offered fantastic views of the endless beach of Surfers.

The next morning we need to wash out car as it was super dirty and Hazel’s parents were expected the day after. Despite that we didn’t do much but just took it easy and went for another swim. 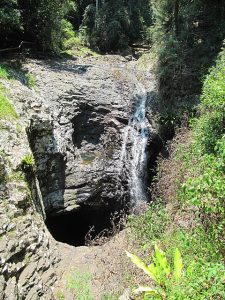 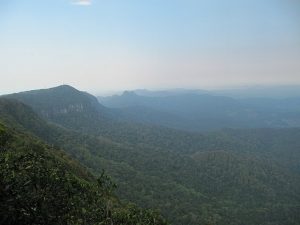 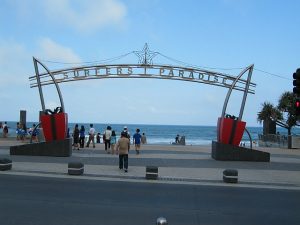 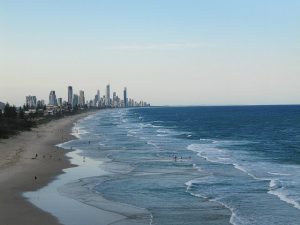 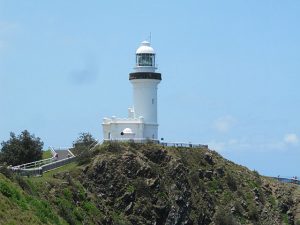 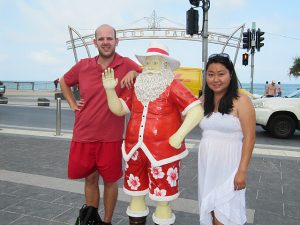 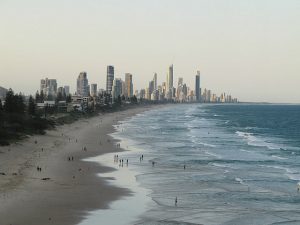 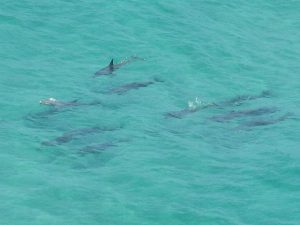 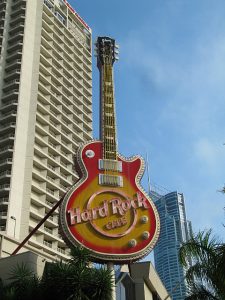 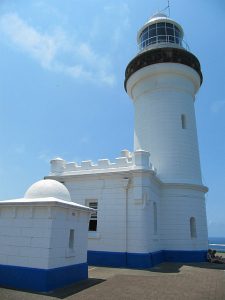 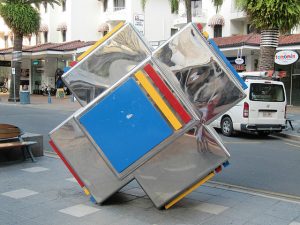 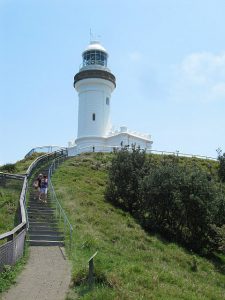 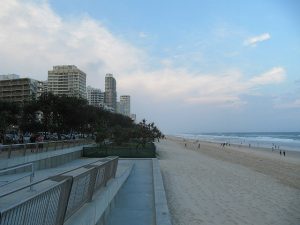 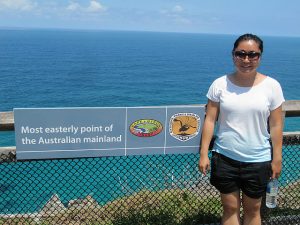 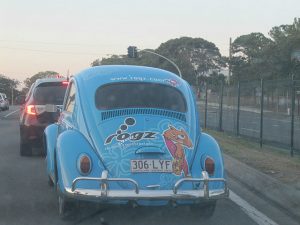 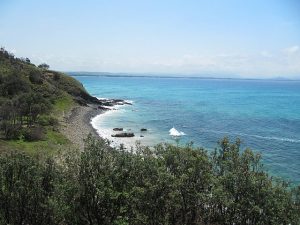 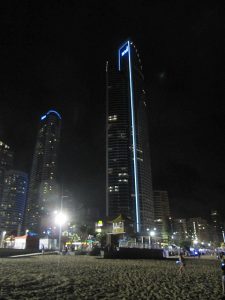 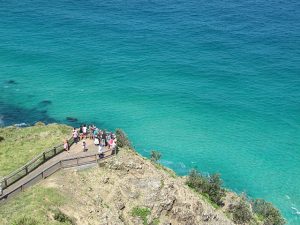 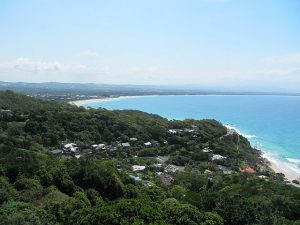 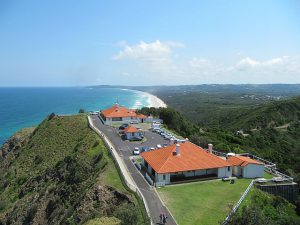 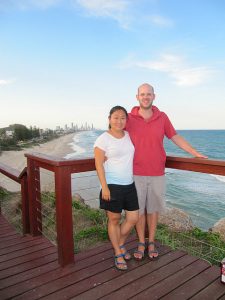 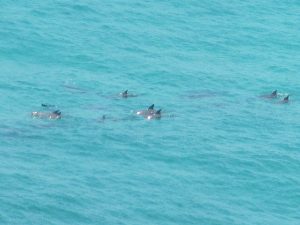 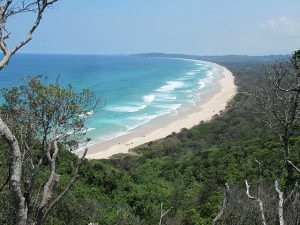 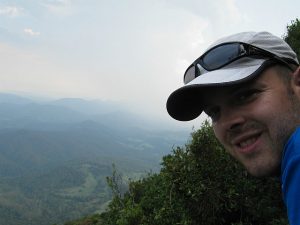 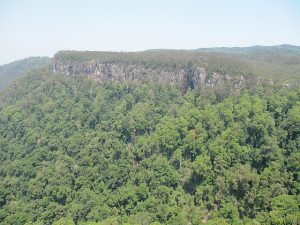 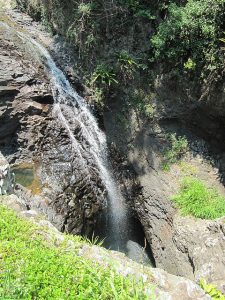 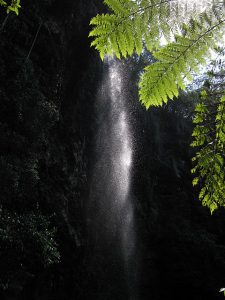 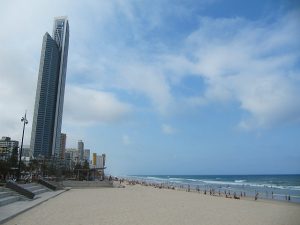