As we had liked the Barossa Valley and its wines so much we had decided to also visit the Hunter Valley – the slightly less famous wine region just at the doorstep of Sydney. On the way to the  valley we passed various street side fruit stalls and so loaded up on plums (which Kevin can eat by the kg).

Once we had set up our tent we headed straight to some wineries for tasting (nothing else to do ;)). Needless to say that we managed to buy some good bottles of Moscato. Not saying that the Hunter Valley isn’t nice we both thought that the Barossa was slightly nicer and much less commercialized (which is quite a bit funny as it’s the much bigger and more famous wine region).

Sobered up after all the wine tasting (no, no it was not that bad) we were on the way again towards Nelson Bay which is known for some nice beaches (but then almost all coastal towns in Australia are). By chance we passed by a manta and shark center and for sure we needed to have a look. It was amazing – we were able to stand in several pools with mantas and sharks all around us and feed them. As you can imagine they are quite conditioned by now and as soon as you step into the pool you had quite an entourage (as the pictures show). After so much fish we drove a bit further for an afternoon walk at the splendid one mile beach and its sand dunes.

After a few more kilometers on the Princess Highway we took a right turn to a winding tourist drive called the Lakes Way – and as the name suggested we passed a few nice lakes. Our night stop was Elizabeth Beach near Booti Booti National Park. This very squeaky beach was a perfect spot for a fantastic Aperitif at the beach. During dinner we had the chance to observe a cheeky possum who was very interested in our snacks.

The next morning we decided to do the loop walk which led us passed the sea as well as the lake. As a funny supplement Hazel got kind of attacked by a Kookaburra (don’t worry, she survived it). Kookaburras are funny birds which make a sound similar to a monkey. As they are most noisy during dusk and dawn time they are also nicknamed bushman’s clock. After all this walking we decided to have a refreshing swim in the very shallow lake (after about 100 meters the water was still only knee-deep).

For the rest of the day we continued north towards Nambucca Heads where we set up tent at  campground near another breathtaking beach. After we had (and if I say we I mean Hazel) almost lost our toilet key (we – i.e. Kevin – found it ten meters away from the tent after a twenty minutes search and rescue mission) the day came to an end with another home cooked meal. Kevin even had a late nightly look at the deserted beach which offered a fantastic night sky with millions of stars. 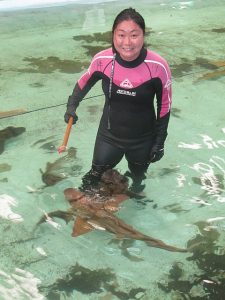 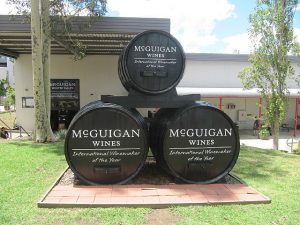 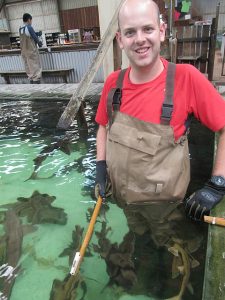 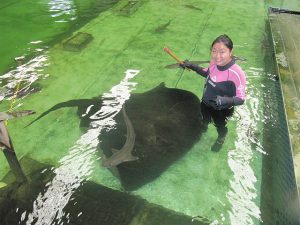 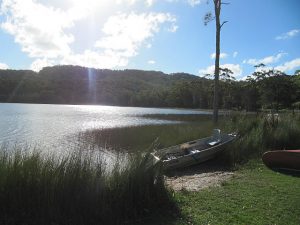 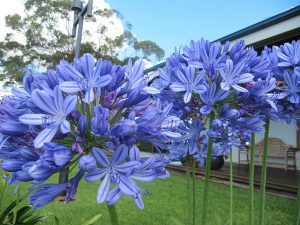 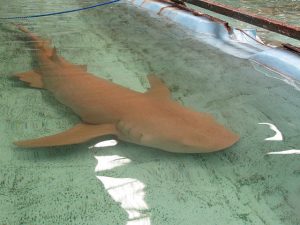 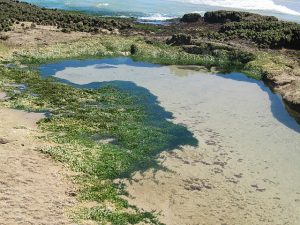 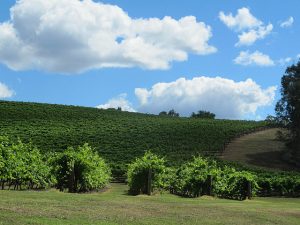 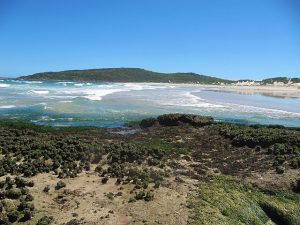 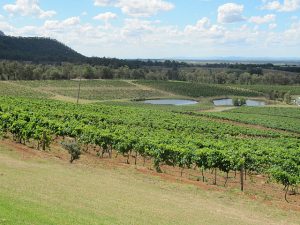 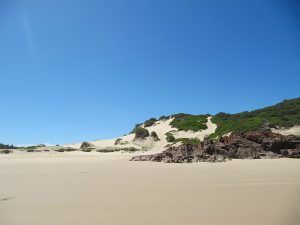 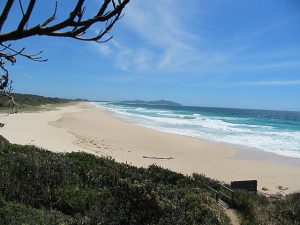 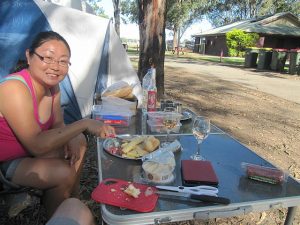 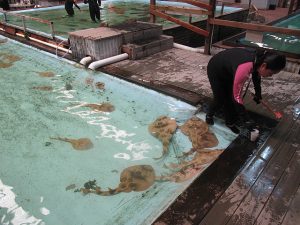