After the stormy night we decided to have a walk at the equally stormy ninety miles beach. Frozen to death we went back into our little car and drove on in the general direction of New South Wales. Initially the plan was to climb Australia’s highest mount called Mount Kosciuszko (Hazel told me it is more of a walk than a climb) however the weather forecast for the next day was something like 3 degrees and snowing which didn’t really match that well with our wardrobe. So mountaineering was scraped from our planes and we decided to directly drive to Canberra. The drive itself was not very eventful but led again through nice and big forests.

A lot of Australians and even some foreigners had looked at us in bewilderment when we mentioned that we intended to go to the capital of Australia (all Americans anyway thought Sydney is the capital – sorry that was kind of mean). The looks reminded us of the kind of looks you would get telling you mother you wanted to climb the Mount Everest or start an international crime ring.

Apparently Canberra has a reputation of being boring and not worth the visit. So why bother? Well, as it happened to be Hazel was spending two years of her life studying in Canberra and so a “walk down memorabilia road” was a must and in addition we got free accommodation with a friend of hers. And so we arrived in the nation’s capital in good spirit and enjoyed a good Malay/Chinese dinner at a Restaurant called Happy’s which was already there ten years ago during Hazel’s uni times.

The next day was dedicated to Canberra’s sights. First stop was the new Parliament House with stands out due to its special architecture. The parliament house gave an interesting insight into Australia’s politics. There was also a gallery of paintings of former Australian Prime Ministers. One picture was of Harold Holt a Prime Minister who drowned in 1966 while going for a swim (so you see how dangerous Australian’s beaches are). Ironically a a public swimming pool in Melbourne was named in his honor after his death (cruel folks these Australians). This as a small insight into Australian politics.

Later on we had a look around at the Old Parliament House which is a few hundred meters away from the current one. In front of it was a small group of Aboriginals demonstrating and according to Hazel there were similar demonstration ongoing ten years ago.

Unfortunately the National Museum which we wanted to visit in the afternoon was closed and so I need to tell you a bit of Canberra’s history instead. Till 1901 Australia was only a lose federation of the different states (which each state for example raising taxes as they liked) only in 1901 they decided to united to a nation (and interestingly New Zealand almost had joined them). At this time a lot of rivalry between Melbourne and Sydney was going on and so it was decided that neither of the two cities would become capital. Therefore in 1913 Canberra was chosen instead. At this time it was not much more than a small town with a few farms. So quickly a piece of land around Canberra was cut out of of New South Wales and was named Australian Capital Territories (ACT) very much after the model of Washington DC in the US.

So after this history lesson we went to ANU, Hazel’s old university and had a good look around the campus. Interestingly a lot of the buildings were unchanged from ten years ago.

Our next stop was the Australian War Memorial which is absolutely impressive and moving. Huge tables showed hundreds of names of fallen Australian soldiers since WWI and an excellent museum had exhibits from the last hundred years of Australian military history. We even had the chance to witness the daily closing military ceremony.

After so much sightseeing we were happy to have a peaceful dinner with a friend of Hazels.

Our last day in Canberra was used to service our car and watching the new James Bond movie (which we thought was pretty average). A lovely Korean BBQ ended this relaxing day.

Contrary to the opinion of a lot of Australian we thought that Canberra is quite a cool city with a lively restaurant and bar scene. In summary we had a very enjoyable time in Australia’s capital city. 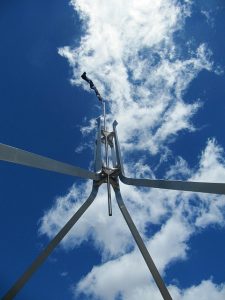 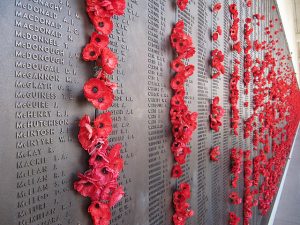 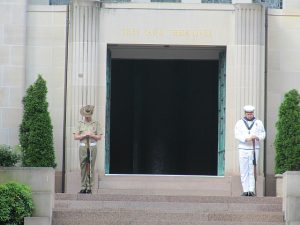 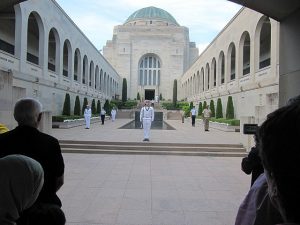 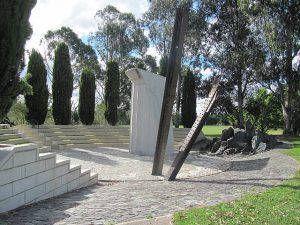 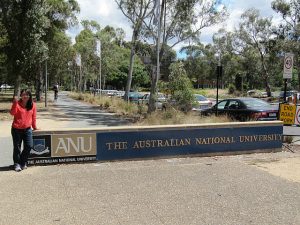 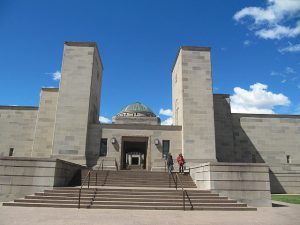 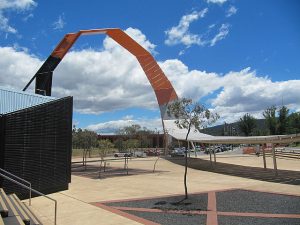 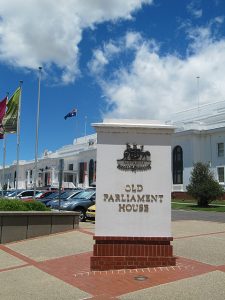 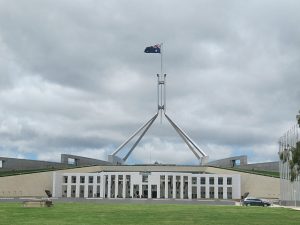 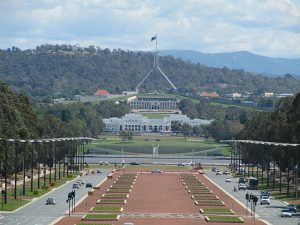 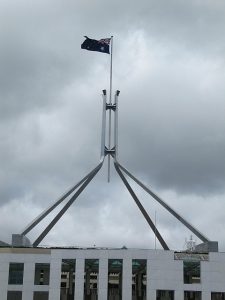 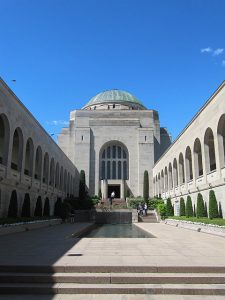 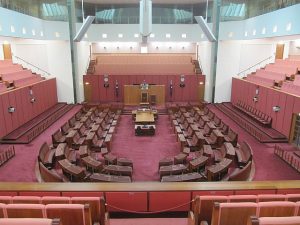 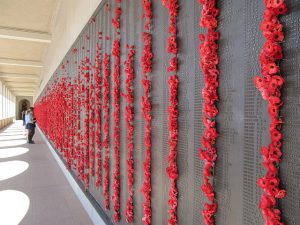 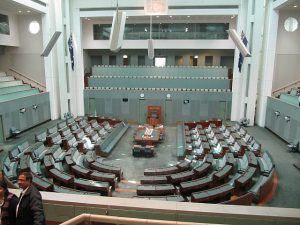 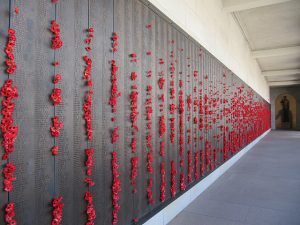