The first three days of the last month of this year were devoted to Wilsons Promontory. Already the three hour drive to the national park was very nice. Lot of greenery and the last part led through mountainous region which offered even more impressive views. The national park itself is at the most southern tip of Victoria and is highly popular. Despite having over 400 slots the campground needs to assign them by ballot during the Christmas holidays time. Luckily it was not Christmas yet and so we easily got a spot for two nights.

While Hazel was taking an afternoon nap Kevin had a look around the beach which was breath-taking. Long and shallow and surrounded by hills and dunes. After her nap Hazel joint for a second walk on the beach and was equally impressed.

The second day at the “Prom” started rather slowly as Hazel got a headache shortly after breakfast and therefore went for another round of sleeping. So hiking was postponed to the afternoon.

A leisurely hike brought us over the small hill near the campground to the nearby Squeaky Beach. The name held up to the expectations as every step on the beach produced the squeaky sound (two weeks later in Booti Booti National Park we would come along an even squeakier beach). The cliffs at the edge of the beach offered a great spectacle as the waves crashed against the shore. Our afternoon stroll continued to picnic bay another lovely beach. With more than 25’000 km of coastline Australia really offers one splendid beach after the other. A highly enjoyable afternoon.

Last highlight of the day were two wombats Kevin spotted on his way to the toilette before going to bed. Wombats who from our point of view look a bit like pigs are normally hard to spot in nature but here they were just roaming around the tents. We even had been told that the day before one sliced open a tent as it smelled food inside (must be fun to lie in you sleeping bag and having a wombat peeking into your tent). In any case we thought they are quite adorable and funny animals (not that they told a lot of jokes or so but still…).

The next day we left the national park but made a stop for a hike to the Lilly Pill Pond. The two and a half hour loop hike also led us up Mount Oberon which offered spectacular views of the beaches we discovered the day before. A rewarding hike for sure.

The rest of the day was devoted to the drive to Lakes Entrance a few hundred kilometres east. Once again we were spoiled by excellent scenery on the way. The evening turned out to be quite cold and the night was of the very windy kind (which was perhaps not so bad as the wind drowned the snoring of our neighbour). 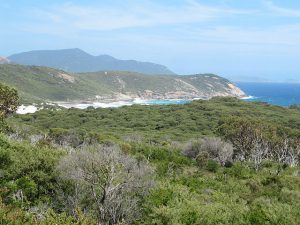 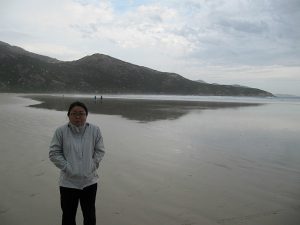 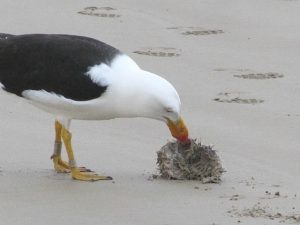 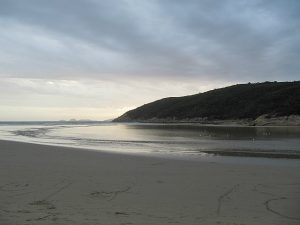 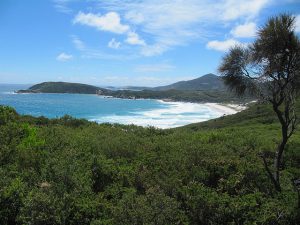 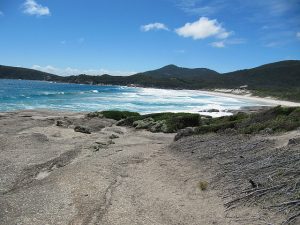 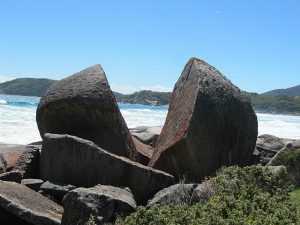 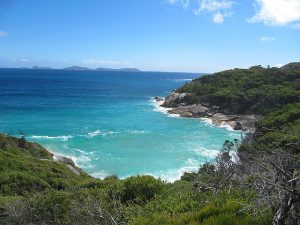 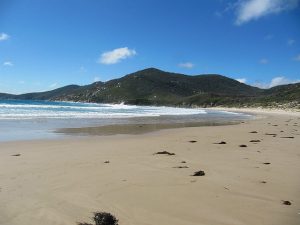 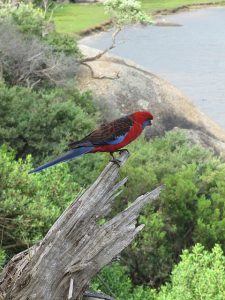 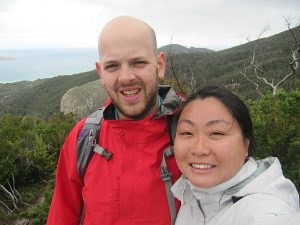 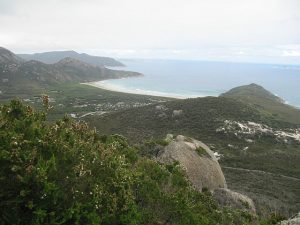 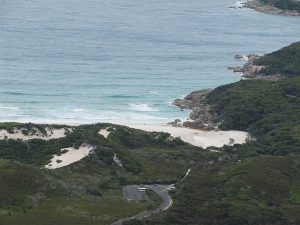 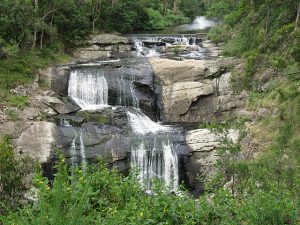 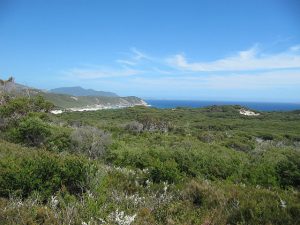